Last week’s keynote wasn’t particularly memorable, but there’s one thing that blew me away.

Take a look at this scene from the video that introduced the new retina iMac. 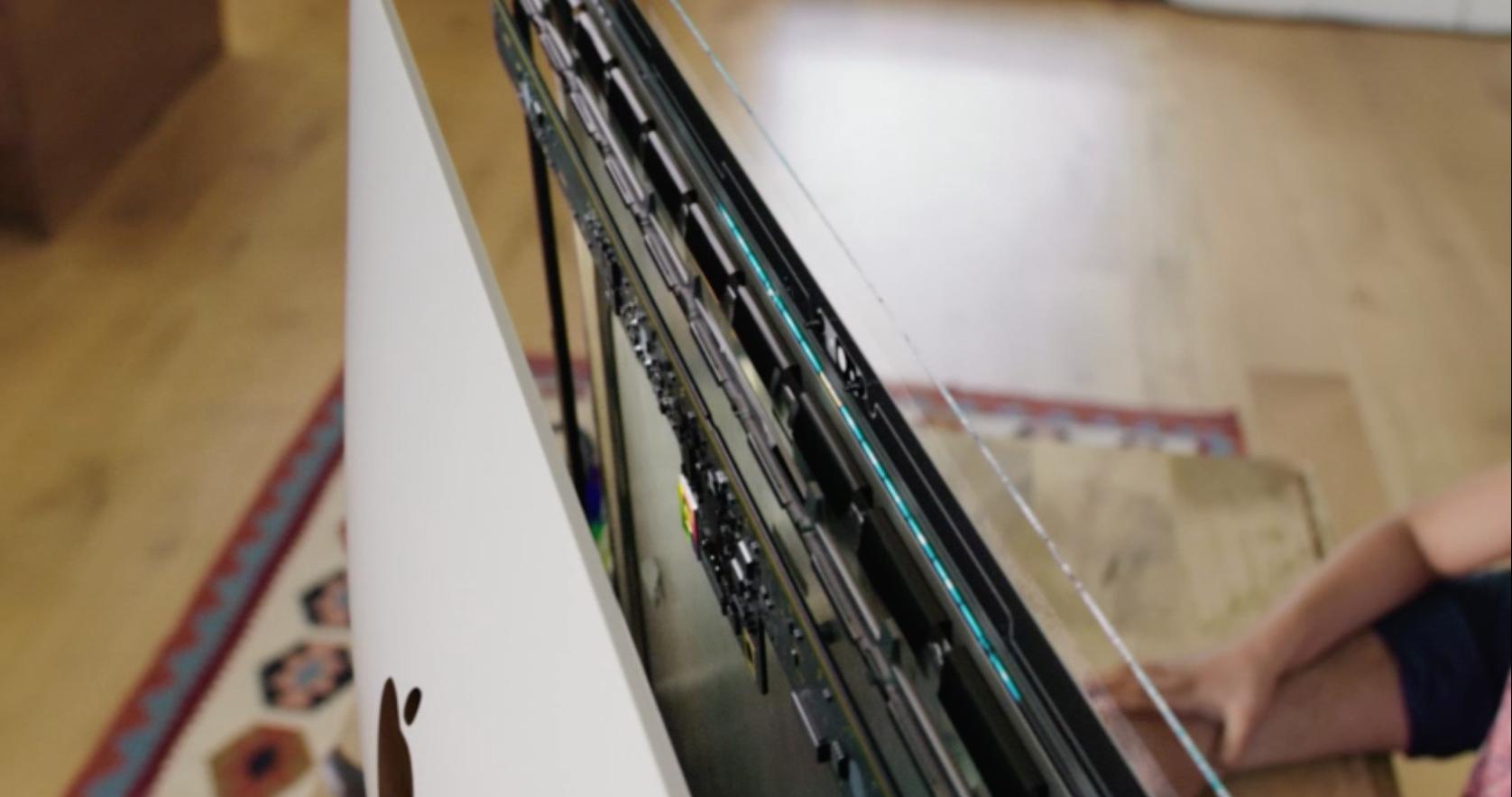 While this image is on-screen, the narrator’s doing a deep dive into the new timing controller that powers the display. It’s about as technical as Apple gets in a keynote.

But look behind the exploded iMac. Behind the new ‘TCON’ there’s a girl holding her father’s hand. Not brought to the centre of the frame, not inflated to be the story of the video, just a consequence of this device being in their home. That’s incredible storytelling.