I just updated to iOS 7 and, along with that, Twitter for iPhone 5.11. Shortly thereafter, I noticed a bizarre side-effect: I was receiving notifications of tweets from people whom I follow. These were being sent straight to my lock screen without any permission and for no particular reason. 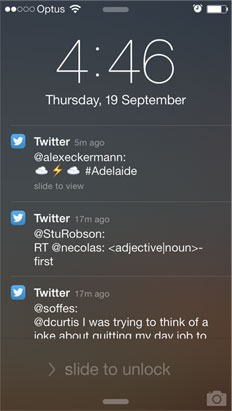 This is not really an issue unless you consider the potential consequences. Here’s Twitter, with no changes to settings or any kind of preference, sending me Push Notifications for out of context and useless tweets. Why wouldn’t Twitter start sending out advertisements? Now, I’m not saying that this is them testing the water ahead of their IPO, but it’s a weird product decision if they aren’t readying for rampant advertisement.

Twitter for iPhone 6.0.0: now with Promoted Tweets to your Lock Screen!

And check out the mysterious ‘Other’ in Push Notification settings. 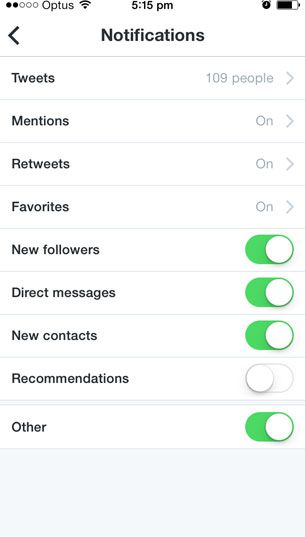 Tweets to your Lock Screen can be disabled by . That didn’t work; I’m still receiving them. I’ll try switching off the enigmatic ‘Other’.