Visual Cryptography is the Coolest Thing Ever

I just learnt about the coolest thing. Let me share it with you.

Let’s say you and some friends are taking a walk through the Australian outback. Which, as we all know, is full of treasure and deadly animals in equal measure. You’ve got an image file that’s a map to some treasure, and you want to split it amongst the ten of you.

While you’re hiking around, you want everyone to come together and overlay their shares to locate the treasure and navigate. But, since we don’t want anyone running off, no individual person can know what any part of the map looks like on their own.

Now this is where the deadly animals come in. To protect us against likely death by dropbear of a few of our group, we want the added feature that only six out of ten of us need to combine map shares to get the full map back. And, if five out of ten combine shares, they should gain no information.

So we’ve got this impossible set of requirements:

Visual cryptography can do this, and it’s absolute magic.

Let’s simplify our example to just 2 friends, and when they combine their shares it should reveal the original. We’ll work with a black and white secret image.

This is a very visual problem, so spend a bit of time looking through the diagram below. 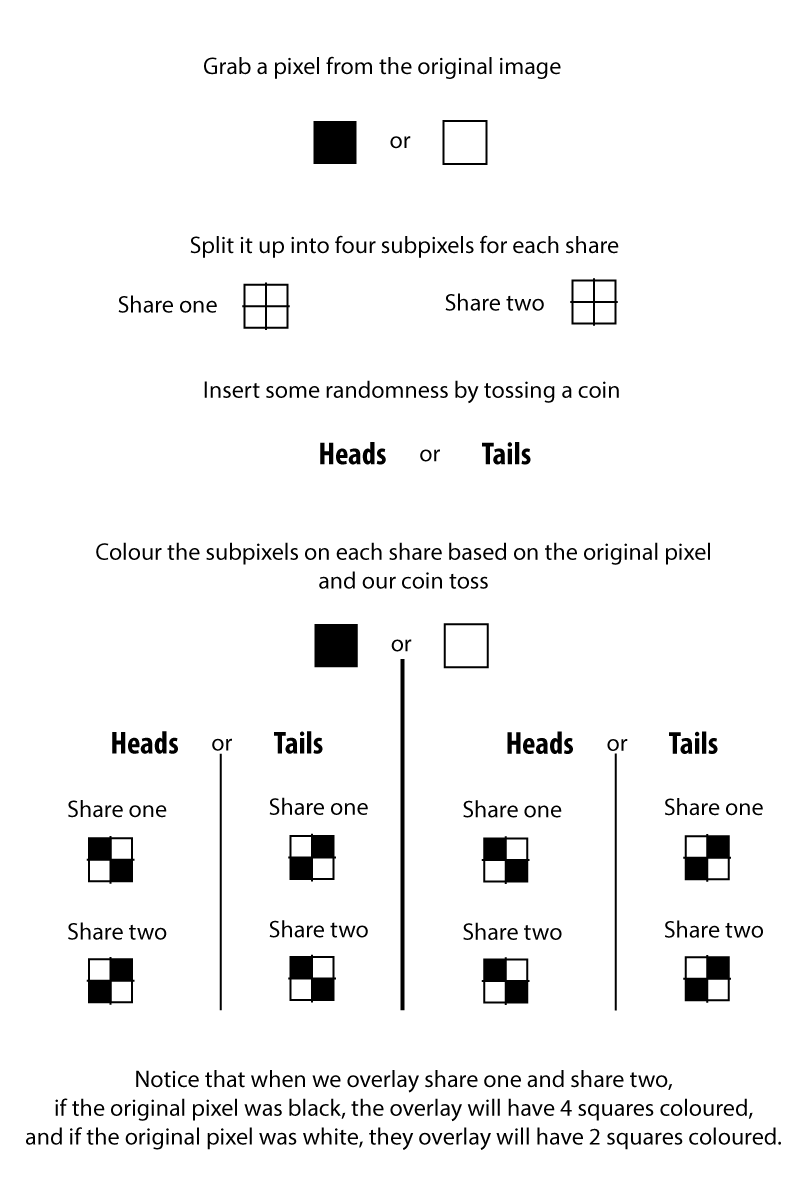 Some key things to note:

If you want to see some code, the most interesting snippet from the full JavaScript Gist is this:

Simply overlay each person’s shares to get back the original image!

That’s a super quick overview of the ideas behind visual cryptography. There’s a tonne more fascinating stuff to read, especially once you get into the k out of n schemes and using coloured images I mentioned in the intro. Here are some of the great resources I’ve been reading to learn about visual cryptography. Dive in!